Why is Hacash a Sound Money?

Hacash stands on the technical foundation that Bitcoin has solved and inherits all Bitcoin's advantages. It focus on optimizing monetary policy issues. 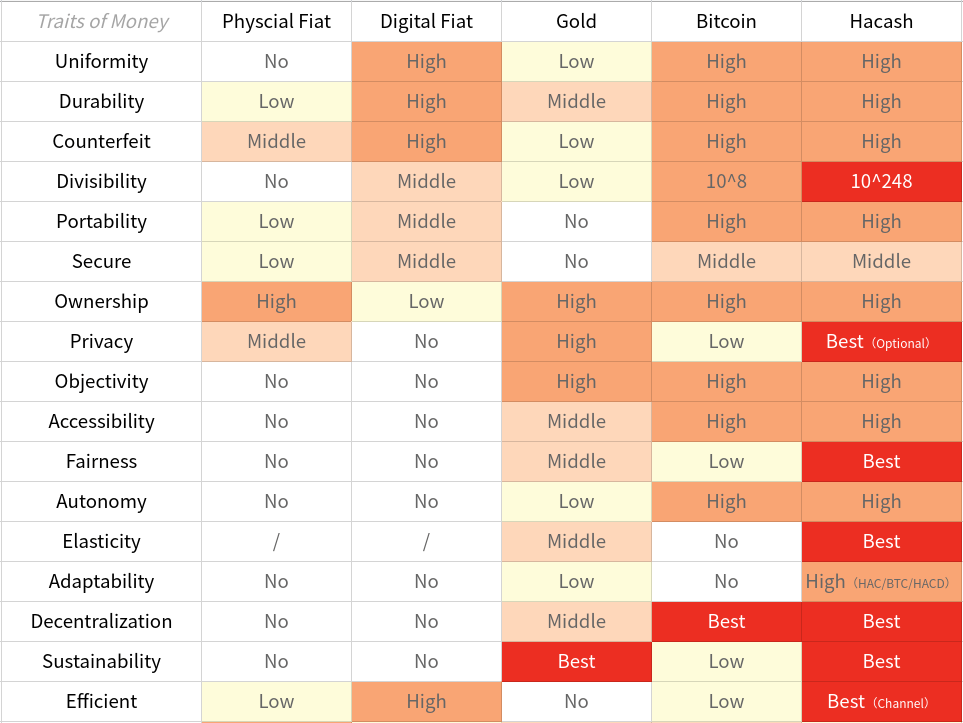 The Bitcoin white paper does not explain how to solve the problems of large-scale payments and the lack of money elasticity. And these two problems are at the heart of what Hacash fixes.

HAC, BTC, and HACD are 3 PoW coins that are not pre-mined and have different money qualities. The three coins form the Hacash monetary system. It fulfills the function of cryptocurrency in large-scale payment and store value. 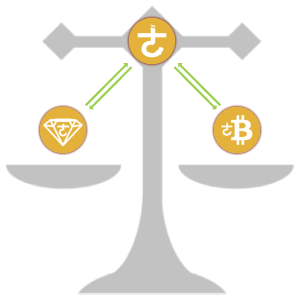 HAC: A Coin with Stable Purchasing Power and is not Pegged to Fiat Currency

HAC is divisible with divisibility of 10^248. There is no hard cap on HAC. Unlike other PoW coins that only increase supply, the supply of HAC can increase, decrease or remain the same.

HACD is indivisible. Each HACD consists of 6 letters. These 6 letters come from the 16 letters "WTYUIAHXVMEKBSZN", so its total number is 16^6 = 16,777,216. Each HACD generation requires mining and bidding. The hashing power of HACD continues to grow and bidding burns HAC. 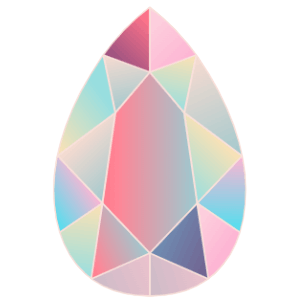 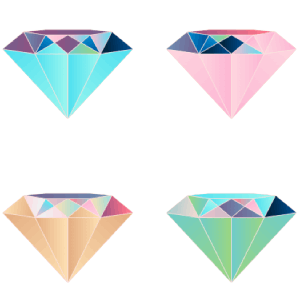 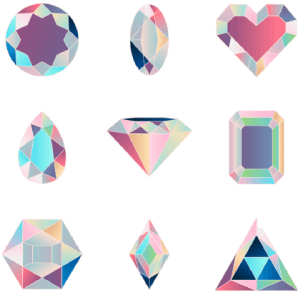 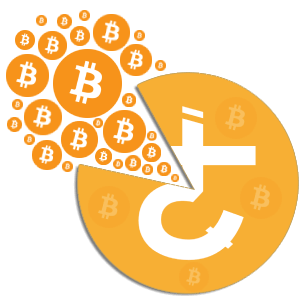 The one-way transfer of BTC from the Bitcoin chain to the Hacash chain forms a sound monetary system. It ensures the viability and value of the Hacash chain. Transferring BTC will receive incremental HAC as risk compensation.

A Layer2 solution that is more decentralized and secure than the Bitcoin Lightning Network is covered in the Hacash whitepaper. It can increase transaction volume on demand and has no theoretical cap, and supports both HAC and BTC coins, fully handling the needs of business development. 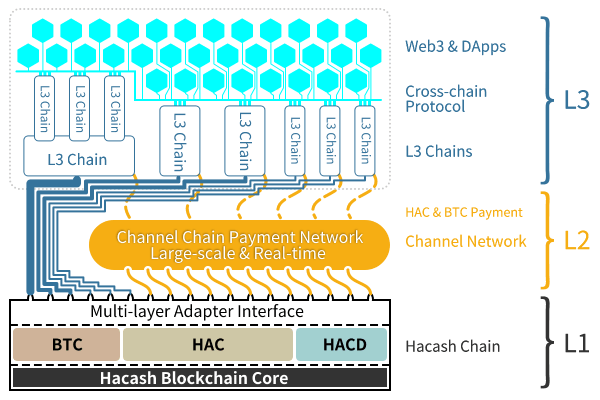 Bitcoin's white paper does not cover Layer 2. Hacash's white paper covers a more decentralized and secure Layer 2 than the Lightning Network and supports both BTC and HAC. Layer 3 on top of Hacash layers 1 & 2 supports scalable multi-chains and applications. It brings sound currency Hacash to flow into the daily economy.

What is sound money?

Sound money is money that is not prone to sudden appreciation or depreciation in purchasing power over the long term, aided by self-correcting mechanisms inherent in a free-market system.

Why is sound money so important?

Sound money is the hallmark of a prosperous society. Fraudulent money impoverishes and enslaves societies. Sound money not only imposes fiscal discipline upon government, impeding reckless federal spending and imprudent warfare, but it also provides a stable unit of account, store of value, and medium of exchange for entrepreneurs, businesses, and individuals.

Why is pure free market money a core vision of cypherpunks?

After the maturity of privacy communication technology, free market money without being manipulated becomes the most advanced topic and the most urgent need for the cypherpunks. This is because people in modern society not only need privacy and freedom of speech and communication, but also financial and economic privacy and freedom are equally important. And a free and sound currency that is not monitored and manipulated is the key to ensuring economic freedom.

Why is Bitcoin not sound enough?

2. The four-year halving issuance mechanism allows early participants to get the majority of the share, and the coin distribution is seriously unfair.

3. After all 21 million coins are mined, the main network's completeness and long-term sustainability are in doubt.

4. The white paper does not consider the solution of large-scale payment and support to the upper economic system.

Why is Ethereum not sound enough?

1. Premining and ICO lead to the centralization of the original currency allocation.

2. The "Rule of Man" problem represented by the rollback of Ethereum caused by The DAO Hack.

3. The centralized power of Vitalik as the core of the Ethereum Foundation.

5. Over-reliance on the "Application Layer Accumulation" to maintain its monetary value, rather than based on the core of the "Essence of Money".

Why are collateralized and algorithmic stablecoins not sound money?

1. Collateralized stablecoins are an extension of fiat currency.

2. Algorithmic stablecoins face the constraints of an impossible triangle consisting of decentralization, coin value stability and large-scale circulation. The current mainstream stablecoins have all abandoned decentralization in various degrees and have become essentially "Governed Stablecoins". A currency governed by a small group of people is not a sound money.

Why is PoW the foundation of sound crypto currency?

There are eight theories each explaining from a different perspective that the foundation of a sound crypto currency must be the PoW mechanism.

More to read: 8 Theories Prove that PoW is the Foundation of Future Money

Visit other websites to learn more